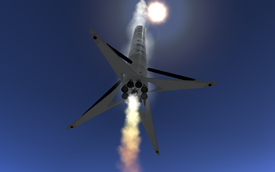 LazTek Temporal Anomalies appreciates your participation in testing our products for Kerbal Space Program. Results and mileage may vary.

************
This package contains high, medium and low-resolution versions. ONLY ONE VERSION OF THIS PACKAGE IS DESIGNED TO BE INSTALLED AT A TIME. INSTALLING THE OTHER VERSION WILL OVERWRITE THE CURRENT ONE.

You should delete any previous versions installed on your computer. To install, extract the GameData and Ships folders into your KSP program folder. When asked to merge, choose Yes.

For assistance or to give your feedback, visit http://forum.kerbalspaceprogram.com/threads/29388-LazTek-SpaceX-Launch-Pack-Exploration-Expansion-and-Historic-Archive-mods-0-90-(1-6-15)

LT SpaceX Falcon 9 v1.1 – Designed to launch light to medium-heavy payloads (up to 40 mass) into any orbit

NOTES –
Dragon V2 capsule is preloaded with 1200 of 2000 possible units of monopropellant fuel, keeping the weight of the capsule low enough to escape safely when the SuperDraco engines are used as its launch escape system during an emergency. You can tweak the actual amount of fuel in the VAB before launch. SuperDraco twin engines are designed to attach in the Dragon V2 capsule nacelles in two sets of two and has been set up for you with pre-made ships.

Pre-made Dragon V2, Dragon V1 Cargo and Falcon 9 v1.1 ships are set up to use the 1 key to switch to the center-engine-only landing configuration of the Merlin 1D engine cluster to land the first stage after depleting the main tank of 95%+ of its fuel.

Pre-made Falcon Heavy ship is set up to use the same keys as the Falcon 9 v1.1 to toggle the engines for return operations with the addition of the 3 key to toggle the entire main engine cluster for both of the booster stages just before first stage separation. 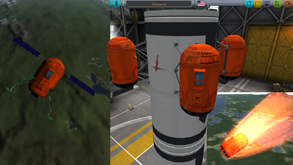 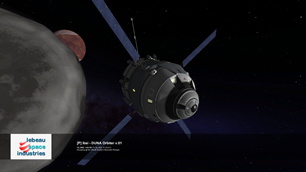